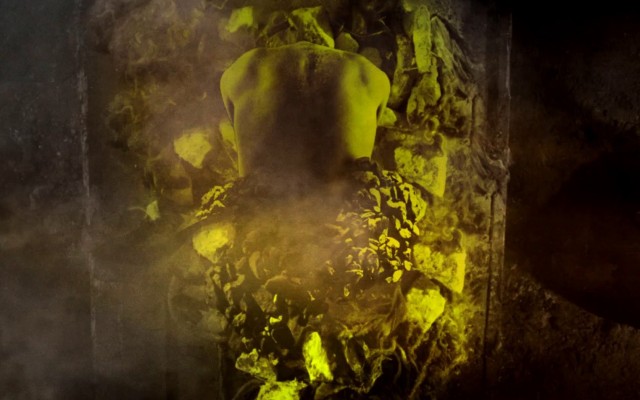 Okay, so Kevikur by Sigur Ros was like,  my most anticipated album this summer.  I mean seriously definitely after seeing them live at The Fox Theater here in Detroit.( I know, right.)  I was so excited to see what was next to come because unlike a lot of critics, blogger and fans I loved their last album Valtari. I think my favorite part of that album wasn’t even the music. Well, it was but the contest that was held for devoted to fans to make music videos/ short films for the album which was pretty fucking wicked if you ask me…. I mean like, Ekki mukk, what more else needs to said? Exactly.

But…. Kvelikur consists of nine tracks and I’m here to tell it isn’t traditional Sigur.  I wouldn’t be going out on a limb to say that it is very new age- post rock. I feel that there is so angry in hostility in these tracks and sometimes sadness.  That’s the only that didn’t change, the way they are able to capture emotion through a song in such a strong and captivating way. The first track Brennisteinn, you can just tell by first 23 seconds something has changed and they are coming back with a vengeance.  The amazing thing to me is with all the heavy crashing of drums Jonsi vocie sounds still so light and beautiful as ever.

But then again maybe it’s just me, maybe it’s losing  keyboardist Kjarten Sevinsson. Or it could be possible the new label change. The thing is I don’t know what happened. I’m so use to arguing my opinion over this band and  standing up for them when people describe them as melancholy, depressing or the one I hate the most “trippy”.   They are not trippy, They are the meaning of life.  The backbone of life and  they are in a funk or something  but this is my least favorite album by far and I do pick up on that depressing factor people usually try to describe. (that hurt me just as bad is it did you.) Then again it could all be going from to see them live and still shitty about it. (we will get to that)

Anyways, they’re still Sigur Ros and still  are phenomenal and there isn’t one artist that I know of that are in their lane. 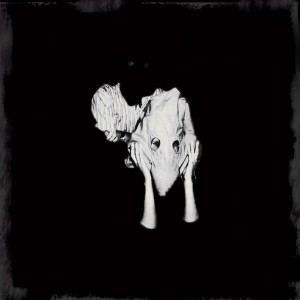 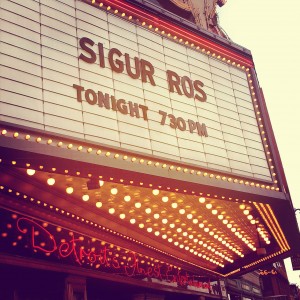 It just wasn’t what I was expecting.  I mean the light show and visual graphic were amazing but it made me like question myself . Is this nearly god of a band really not the answer to life’s mysteries? Is this not the all knowing Sigur that I know? What the hell did I see in Inni. I mean seriously these were legitimate question/concerns. Maybe it was crowd, which was horrible…. the Detroit trying to artsy crowd. I mean no movement, swaying and dancing of any kind, it was more like opera. I don’t know. It just wasn’t what I had in mind even down to the set-list I really can’t re-call a lot of the song but I know they sound phenomenal. I was there wishing and praying for the The Nothing Song, my absolute-favorite Sigur Ros song and it was like in Vanilla Sky or even fucking Svefn-g-englar another like favorite must play. Literally was devastated well it was devastating which was uplifted when I heard the into  Fljotavik that also took everything to contain my tears from rolling pass my eyelids, it was beautiful. 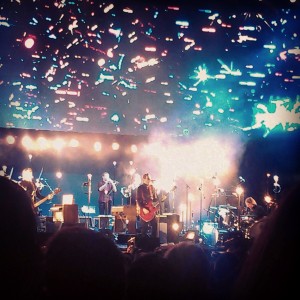