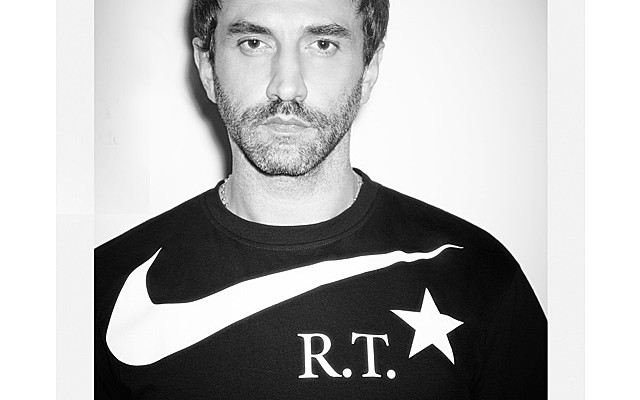 Riccardo unvialed via Instagram his latest collaboration  with Nike which is a modern take on the iconic Air Force One’s . When talking to style.com the Creative Director of Givenchy said that “When I got the call, it sounded strong, so perfect for my DNA. It’s a big honor to me especially because they’re always working with sports people.” Yes, sports people Tisci said lol not athletes.  What does the designer bring to the table of Nike is creative genius  and ground breaking, trendsetting style. The designer describe the collection to be strong and but not loud.”  Which it totally was with Joan Smalls drapped across his back in this month/ February Issue where Small’s sports the $225 dollar gym shoe. Vogue described the shoe as ” staying true to the cool urban roots of the original.” which Tisci owns 125 pairs himself and totally embodies this collection 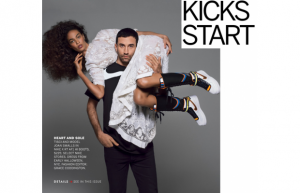 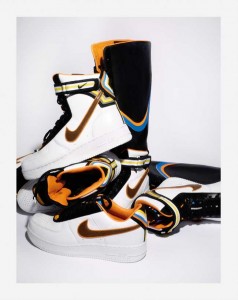