OMFG ALL I’ve been waiting for since the drop of the album.  A$AP Rocky, Mr. Fashion Killer literally everything from Mr. Porter.com  to starting in campaigns for Alexander Wang. I knew this video would be a fashion montage and utter bliss.

Fashion Killa schools anyone who doubts  Mr. Rockys sense of style naming  of iconic names that only people who are fashion forward will know. From big fashion house like “She got a lotta Prada, that Dolce and Gabbana I can’t Escada, and that Balenciaga.”  Which I just died when he I heard that verse then he goes on to list of some of my personal favorites Raf Simons, Ann Demeuelmeester and Balmain.  This track is just fashion over load which in fact is the shit.

So need less to say that’s why I was so anxious for the video. Didn’t even know it was dropping  happens to be reading magazine on my friends floor in Ypsi just happen to click on and old gal was a spazzing hoping for some cameos from some of these fashion people but instead we got the Rih in harpers bazarras  June/July 2013 Fashion Run Wild Issue which is model Christy Turlington in this outstanding Tom Ford Zebra gown Mohawk included.

I just knew this bitch (Rih, not the gown) was going to be in this shi shi. Girl, when she popped out the elevator just doing that walk down that hallway with that little rattail of hair. I was screaming which is excellent direction on their part (a$ap rocky who directed this as well) building anticipation. And I was done right there that personally could’ve been the video for me just the tone that was set I was lost. 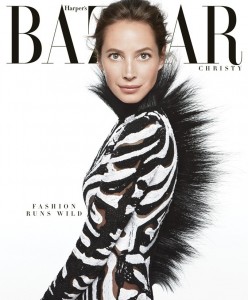 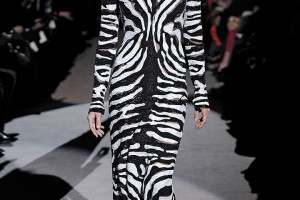 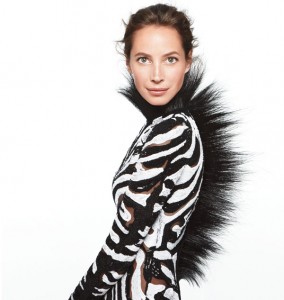 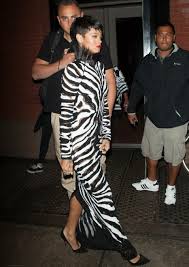 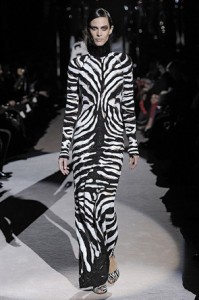